The limits of the UDRP in trademark and commercial disputes

This article was first published in the World Trademark Review magazine on 21 July 2022.

There have been many instances of panels denying UDRP cases where the complainant arguably has a legitimate grievance. These cases are denied because they are outside the scope of the UDRP, and are better suited to other forums. It can be difficult to draw the line between a trademark/commercial dispute and a domain name dispute.

A recent example is the M31 case (WIPO Case D2021-2297). The complainant had pre-existing trademark rights, and submitted evidence of the respondent using the disputed domain name for similar services, as well as a similar colour scheme.

The case was denied by the majority of panellists, with one dissenting opinion. The reasoning for the denial was that the dispute “exceeds the relatively limited ‘cybersquatting’ scope of the Policy and would be more appropriately addressed by a court of competent jurisdiction”.

UDRP panels deal with prior rights, not superior rights. Where it becomes apparent to a panel that both parties have competing legal interests, and it would therefore be deciding on who has superior rights, there is an increased risk of a denied complaint.

Even where the timing of each party’s commencement of rights aligns in favour of the complainant, a UDRP panel cannot second guess a court if there are other legal proceedings surrounding the case (as shown in WIPO Case D2018-0782, where separate trademark proceedings were ongoing in the United Arab Emirates).

In WIPO Case D2019-0914, involving Adobe’s renowned Photoshop brand and a photography shop in the Caribbean, the panel affirmed that the issue of competing legal interests should be decided by a court in the relevant jurisdiction:

the Panel wishes to remind the Parties of the statement by the panel in Case 1 noting that the Policy was ill-suited to resolve that case given that it was not a clear case of abusive cybersquatting and that there were apparently competing legal interests at its essence which were subject to the domestic laws of the Dominican Republic.

While the UDRP is a forum to enforce trademark rights, it has its own unique and limited purpose: to resolve cases of cybersquatting.

The intricacies of cybersquatting differ from trademark infringement. Additionally, as a supranational ADR mechanism, the UDRP must not take power away from national courts.

Of course, the above does not curtail domain name disputes that include aspects of trademark infringement. The line can be drawn where the respondent has acted in an exploitative manner, going somewhat further than mere infringement. Where exploitation is apparent, the respondent no longer has a competing legal interest, even if they are using the domain name to offer goods or services.

The panel remarked that the dispute may be better suited to a US court applying trademark and unfair competition law, rather than the UDRP.

The UDRP is also ill advised in cases where a commercial dispute surrounds the domain name. In these cases, the complainant will have no issue in showing the respondent had awareness of its mark. However, the concept of bad faith goes beyond mere awareness.

Where the parties have had a prior commercial relationship, a domain name registered as part of the commercial venture is unlikely to be deemed a bad-faith registration. Any current bad-faith use, such as where the relationship has broken down, does not have retroactive effect.

In WIPO Case D2019-2753, the complainant filed against its former CTO and shareholder, who had registered the domain names on behalf of the business. The dispute between the two parties extended far beyond the domain name at issue. In the UDRP case, despite the panel finding that the respondent currently acted in bad faith, there was no bad-faith registration. The panel stated that the dispute may be better suited to a court.

The same case, but involving a ‘.se’ domain name, resulted in a transfer because the ‘.se’ policy requires bad-faith registration or use (WIPO Case DSE2019-0044).

The same hurdles are present in reseller cases. In WIPO Case D2019-2489, an authorised reseller retained a domain name containing the complainant’s trademark after its reseller agreement had been terminated. This case evidently had the hallmarks of a commercial dispute, rather than a cybersquatting dispute. The factual background outlined in the decision focused almost entirely on a series of email exchanges between the complainant and respondent. Unsurprisingly, the panel denied the case as the complainant could not prove bad faith at the time of registration.

While UDRP panels do not instantly shy away from complex cases, they are aware of the policy’s limits. Designed as an agile dispute resolution mechanism, the UDRP cannot provide the same inspection of parties and evidence as a court of law.

Therefore, brand owners must be advised accordingly where the UDRP is unsuitable for their ongoing disputes. 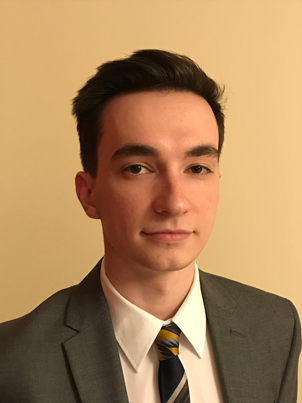