Last year, the Telecommunications Regulatory Authority of Bahrain (TRA) introduced a dispute resolution policy for ‘.bh’ and ‘ البحرين.’ (meaning Bahrain in Arabic) domain names. WIPO has offered a service for the policy – a variation of the UDRP – since December 2021, although it has not yet been used by any complainants. This article considers the procedural and substantive aspects of the new dispute policy and how brand owners can use it to enforce their IP rights in Bahrain’s domain name space.

As with other dispute policies handled by WIPO, complainants seeking to bring an action under the new ‘.bh’ policy may do so by submitting their complaint electronically. A model complaint and response can be found on WIPO’s website, and proceedings are, by default, held in English. WIPO’s filing fees match those under the UDRP, for example $1,500 for a single-panellist dispute involving between one and five domain names.

Unlike the UDRP’s 14-day response time frame, respondents under the ‘.bh’ policy have 20 days to reply to complainants’ contentions. Other ‘.bh’ dispute time frames (eg, for the panellist to return its decision) are the same as under the UDRP. However, the procedural rules contain a note that the total duration of a ‘.bh’ proceeding should not exceed 50 days. This is shorter than the anticipated duration of 60 days under the UDRP.

The ‘.bh’ policy involves a three-part assessment similar to the UDRP. The first element requires the complainant to prove that the disputed domain name is identical or similar to a trademark, or service mark, in which it has rights. The policy does not clarify whether that right must be present in Bahrain or whether a complainant can invoke common law rights. This question should be clarified in future dispute decisions.

The second element asks the complainant to make an initial case that the respondent lacks legal rights or interests in the disputed domain name. The policy provides a non-exhaustive list of rights or interests under Article 11. These essentially mirror the examples presented under Paragraph 4(c) of the UDRP.

Finally, the third element requires the complainant to prove the respondent’s bad faith. This involves demonstrating that the disputed domain name was both registered, and used, in bad faith. While matching the requirements of bad faith under the UDRP, this stipulation differs from the non-conjunctive norm seen in most ccTLD dispute policies. The ‘.bh’ policy also provides a non-exhaustive list of examples of bad faith evidence. Although the wording of these instances differs, they essentially reflect the itemised examples under Paragraph 4(b) of the UDRP.

Like other domain dispute policies, successful complainants can seek the transfer or cancellation of the disputed domain name. Decisions are implemented after 10 business days. Any appeal against a decision, initiated before the end of this period, is subject to the jurisdiction of the Bahrain courts.

While there are no specific registration restrictions for top-level ‘.bh’ and ‘ البحرين.’ domain names, the TRA stipulates various rules for third levels. For example, in order to recover a ‘.com.bh’ domain name (designed for businesses), complainants must provide either a Bahraini commercial registration certificate or Bahraini certificate of IP (eg, trademark) registration.

WIPO’s new dispute policy for ‘.bh’ domain names enables complainants to tackle cases of cybersquatting in Bahrain’s domain name space. The policy is largely similar to the UDRP, both procedurally and substantively, although brand owners must ensure that they satisfy the registration requirements for specific third-level domain names.

Although there are no active cases yet, ‘.bh’ decisions will, in time, form precedent and provide more guidance for brand owners regarding this new policy. 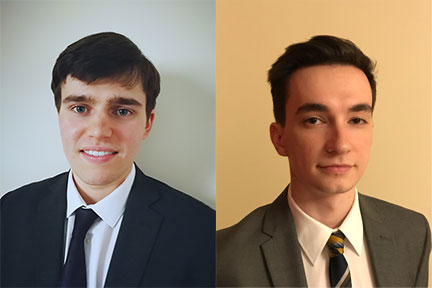