This article was first published in the World Trademark Review magazine on 22 July 2021.

Under the UDRP, a geographical indication (GI) is generally not protected unless a complainant can prove that it also operates as a trade or service mark. If a GI is protected under trademark law, it may fall under the remits of the UDRP.

Consorzio per la Tutela del Formaggio Gorgonzola, the owners of the GORGONZOLA figurative mark, filed multiple UDRPs through the years. In two recent cases, which date from late May 2021, the Gorgonzola brand had seen one of its cases denied while the other case resulted in the transfer of the domain name at issue.

Though Gorgonzola is a protected GI in the European Union, for the purpose of the UDRP a complaining party must only rely on registered or unregistered trademark rights to prove that they have standing to file a domain dispute.

Guideline 1.6 of the WIPO Overview of WIPO Panel Views on Selected UDRP Questions discusses the issues arising around geographical terms. Most geographical terms must be registered as trademarks to fulfil the first UDRP element. In exceptional circumstances, panels may find that geographical terms not registered as marks may still be sufficient to assert rights. In such cases, the complainant must prove that the brand acquired secondary meaning. This, however, is very difficult in practice under the UDRP.

In the Gorgonzola cases, the complaining party relied on a figurative mark, which predominately features the Gorgonzola term. As the first element of the UDRP is a low-threshold test, panels have found in all previous cases that the Gorgonzola brand owner had sufficient standing to file a UDRP case.

Even though most complainants will overcome the first element if they own a trademark which is also a geographical term, proving the second and third elements of the policy may be challenging.

Respondents know that when dealing with geographical terms, they can successfully justify a legitimate interest if they can prove that they registered and use the term for its meaning as a city or location. Most respondents in the Gorgonzola cases relied on this argument. This ultimately led to the complainant losing three out of its five disputes held before a panel.

So what lessons can be drawn from these two almost identical cases which led to such different results?

Gorgonzola used as a geographical identifier

In the first WIPO case (D2021-0690) concerning the domain name ‘gorgonzola.info’, the complainant failed to fulfil the second element (and by consequence, the third element) of the policy, even with evidence that the respondent had been involved in previous instances of bad faith registrations.

In light of the evidence provided by both parties, the panellist agreed that at this stage, there was no evidence to show that the respondent used or intended to use the domain name to attract internet users by exploiting the reputation of the GORGONZOLA mark. However, the panellist fired a clear warning to the respondent that "should that happen, of course the Complainant would be free to file a case under the Policy or in court".

The final comment raises questions as to whether the panellist was convinced that the true intent of the respondent was to use the domain name for its geographical meaning. But without evidence to show the contrary, it ruled in favour of the respondent.

In the second WIPO Case (D2021-0722) rendered only 10 days after the first one, the brand owner, this time, won the case, and the panellist ordered the transfer of the domain name ‘gorgonzola.blue’ to the complainant.

The Gorgonzola brand once again relied on its figurative trademark to successfully overcome the first element of the UDRP. Under the second element, the panellist agreed that the respondent primarily registered the domain name to take commercial advantage of the goodwill attached to the brand by displaying pay-per-click (PPC) links on the website, with links connected to the cheese product.

The clear target of the brand and the intent of the respondent to benefit from user confusion and derive commercial gain was sufficient for the panellist to conclude that it did not have a legitimate interest in the domain name and used the domain name in bad faith.

Comment
The above cases highlight how brand owners, who rely on trademarks that are also geographical identifiers, must be cautious when going through the UDRP. Unless a respondent is clearly targeting the brand owner and exploiting its reputation for some commercial gain, the complaining party may easily fail under the second and third element of the policy if there is any doubt in the panel's mind that the respondent may use it for its geographical meaning.

Moreover, the Gorgonzola brand also lost two cases back in 2017 for similar reasons. Both respondents in those cases were based in the United States, where the cheese is not protected as a GI.

The panel in one case (D2017-0554) stated that there was no evidence that the word gorgonzola was anything other than a descriptive term from a type of cheese produced in the United States, which was the location of the respondent.

The jurisdiction of a respondent, therefore, can be detrimental to cases involving a geographical mark. Even under the UDRP, those rights remain territorial and thus do not enjoy the same protection worldwide. 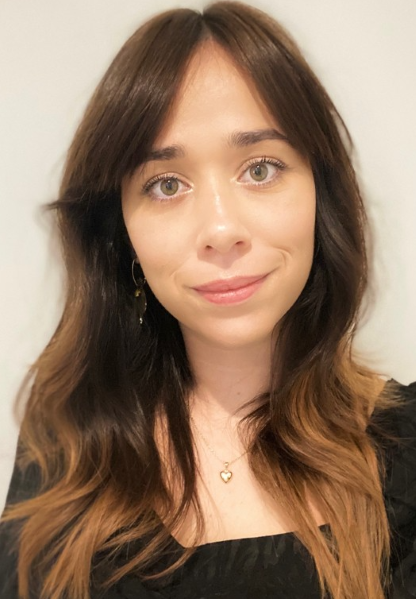