The Clorox Company, an American manufacturer of consumer and professional products, successfully recovered 367 domain names. The domains were recovered through the UDRP in May 2021.

Due to the COVID-19 pandemic, Clorox has seen a significant spike in sales for disinfecting wipes, sprays and other cleaning products. While this positively impacted their revenue, it also directly affected their brand in the online space.

Since early 2020, Clorox has seen a rise in domain names targeting their brand, with bad actors attempting to take advantage of the current climate. Most of those websites are used to sell fake ‘Clorox’ products. These types of online sales can have disastrous repercussions for deceived customers.

Thankfully, Clorox has shown that it takes a strong stance against these infringers.

In this case, Clorox was targeted by a cybersquatter who registered hundreds of typo variations of their trademark in domain names. These domain names were registered using a privacy service. At first glance, there was no direct indication of any common ownership between them.

However, in-depth investigations revealed some patterns between the domain names. First, the Registrant decided to mainly focus on registering new gTLDs, such as ‘.xyz’ and ‘.shop’ extensions – the 2nd and 11th most used new gTLDs, respectively.

Secondly, the registrations largely followed a sequential alphabetical order (i.e. aaclorox.shop, aacloroxa.shop, aacloroxa.xyz, etc.) and were all registered during a three-month period.

Despite these similarities, use varied. Some were used to advertise the Registrant’s services, while others were held inactively.

Notably, however, a vast majority of those domains claimed to offer the services of Clorox and their competitors. These sites displayed Clorox’s logo and product images in a manner likely to create confusion in the mind of Internet users and suggested an association with Clorox. The websites imitated the look and feel so much so that you would be forgiven to believe Clorox themselves operated them.

Where possible, takedown notices were sent to eradicate active content on the domain names. This is an effective solution to shut down threatening content. However, takedowns are only temporary fixes and do not deter further infringements. To ensure domains are not used again for fraudulent activity, the best action is to retrieve the domain names through domain arbitration.

Large UDRP cases have become rare, mainly due to new data protection laws like GDPR that came into force in May 2018. Following this, publicly available WHOIS data no longer includes registrant details.

The direct consequence for brand owners is that it becomes more difficult to consolidate multiple domain names in single disputes. Registrant names, addresses or contact information are often redacted for privacy purposes. This makes it more challenging to establish common ownership in multiple domain names.

In this UDRP case, the complaining party, Clorox, successfully demonstrated that the domain names followed a similar pattern and the Panel was satisfied that all the domain names were subject to common control.

Consolidating all the domain names into one dispute also allowed Clorox to save costs and make one sweeping recovery.

Furthermore, the Panelist, Wilson Pinheiro Jabur, agreed that the Registrant’s use of the domain names to impersonate Clorox and its attempt to allegedly sell their products was enough evidence to show it acted in bad faith. The Registrant’s primary purpose was to target and capitalize on Clorox’s goodwill and reputation. The Panel specifically held that:

By filing a case of such magnitude, Clorox not only informs the concerned Registrant that they are actively enforcing their rights but serves as a message to other bad actors that they are proactively protecting their brand online.

This is even more important for Clorox given the significant rise in commercial growth they have experienced since the beginning of the pandemic – seeing a 33% rise in sales in the health and wellness segment of their business in the 4th quarter of 2020 in comparison to 2019. Though this led to an increase in online infringements, the fast approach Clorox took will likely have positive effects and reduce infringements in the near future. 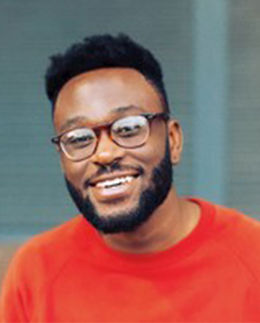